The namesake of the Order of DeMolay was probably born in Molay, Haute-Saône, in the county of Burgundy, at the time a territory ruled by Otto III as part of the Holy Roman Empire, and in modern times in the area of Franche-Comté, northeastern France. around the year 1244. At the age of 21, Jacques DeMolay joined the Order of Knights Templar.
The Knights Templar was an organization sanctioned by the Roman Catholic Church in 1128 to guard the road between Jerusalem and Acre, an important port city on the Mediterranean Sea. The Order of Knights Templar participated in the Crusades and earned a name for valor and heroism.

With many nobles and princes sending their sons to join the Knights Templar, the Order also became very wealthy and popular throughout Europe.

In 1292, Jacques DeMolay became the 23rd and last Grand Master of the Knights Templar, a position of power and prestige. As  Grand Master however, Jacques DeMolay was also in a difficult position.  The Crusades were not achieving their goals. The non-Christian Saracens  defeated the Crusaders in battle and captured many vital cities and  posts. The Knights Templar and the Hospitalers (another Order of  Knights) were the only groups remaining to confront the Saracens.

The  Knights Templar decided to reorganize and regain their strength. They  traveled to the island of Cyprus, waiting for the general public to rise up in support of another Crusade.

Instead of public support, however, the Knights attracted the attention of  powerful lords, who were interested in obtaining their wealth and power. In 1305, Philip the Fair, King of France, set about to obtain control  of the Knights Templars. They had been accountable only to the Church.  To prevent a rise in the power of the Church, and to increase his own  wealth, Philip set out to take over the Knights.

The year 1307 saw the beginning of the persecution of the Knights. Jacques  DeMolay, along with hundreds of others, were seized and thrown into  dungeons. For seven years, DeMolay and the Knights suffered torture and inhuman conditions. While the Knights did not end, Philip managed to force Pope Clement to condemn the Templars. Their wealth and property were confiscated and given to Philip’s supporters.

During  years of torture, Jacques DeMolay continued to be loyal to his friends  and Knights. He refused to disclose the location of the funds of the  Order and he refused to betray his comrades. On March 18, 1314, DeMolay  was tried by a special court. As evidence, the court depended on a  forged confession, allegedly signed by DeMolay. Of his death it is recorded:

“The cardinals dallied with their duty until 19 March 1314, when, on a scaffold in front of Notre Dame, Jacques de Molay, Templar Grand Master, Geoffroi de Charney, Master of Normandy, Hugues de Peraud, Visitor of France, and Godefroi de Gonneville, Master of Aquitaine, were brought forth from the jail in which for nearly seven years they had lain, to receive the sentence agreed upon by the cardinals, in conjunction with the Archbishop of Sens and some other prelates whom they had called in. Considering the offences which the culprits had confessed and confirmed, the penance imposed was in accordance with rule — that of perpetual imprisonment. The affair was supposed to be concluded when, to the dismay of the prelates and wonderment of the assembled crowd, de Molay and Geoffroi de Charney arose. They had been guilty, they said, not of the crimes imputed to them, but of basely betraying their Order to save their own lives. It was pure and holy; the charges were fictitious and the confessions false. Hastily the cardinals delivered them to the Prevot of Paris, and retired to deliberate on this unexpected contingency, but they were saved all trouble. When the news was carried to Philippe he was furious. A short consultation with his council only was required. The canons pronounced that a relapsed heretic was to be burned without a hearing; the facts were notorious and no formal judgment by the papal commission need be waited for. That same day, by sunset, a pyre was erected on a small island in the Seine, the Isle des Juifs, near the palace garden. There de Molay and de Charney were slowly burned to death, refusing all offers of pardon for retraction, and bearing their torment with a composure which won for them the reputation of martyrs among the people, who reverently collected their ashes as relics.” 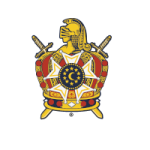